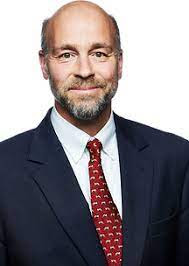 St. Paul, MN.— Protecting the environment,
governing with the goal of happiness, an opposition to lockdowns and his
innovative proposal called Jury Democracy form the four pillars of Hugh
McTavish’s campaign for Minnesota governor.

The biochemist and patent attorney (with 21
inventions under his belt) admits that he doesn’t fit neatly within the
democratic or republican party.

“My views aren’t a good fit anymore for either
party, really,” McTavish said in a recent interview. “I disagree with both of
the two parties on a lot of issues, and I want to be above the fray.”

He is running for governor of Minnesota with the
Independence-Alliance, the successor to the Independence Party that elected
Jesse Ventura in 1998.

In his bid to return power to the people, he is
emphasizing his Jury Democracy proposal, which involves having large,
statistically valid juries of 500 to 2,000 randomly selected voters come to the
capitol, hear arguments for and against a particular bill or proposal, deliberate
on it, and then vote on that one bill or proposal.

According to McTavish, Jury Democracy would
impact public debate and transform political power and how the government makes
decisions.

“As governor, before I sign any important or
controversial bill into law, I will submit it to a citizen jury of at least 500
people,” he added.  “If the jury approves
the bill, I will sign it into law; if it rejects the bill, I will veto it.
Effectively, I will not be governor—WE ALL WILL BE! I will give the power to
you!”

A Ph.D. biochemist and immunologist, patent
attorney, entrepreneur and author, McTavish has authored 18 refereed scientific
journal articles and is the inventor of 21 U.S. patents. He has also written
three books: Ending War in Our Lifetime, COVID Lockdown Insanity and Wild
Plants of the Minneapolis/St. Paul Area. He has started two pharmaceutical
companies off his own inventions. He lives near St. Paul, Minnesota. Now he is
running for governor of Minnesota, primarily to bring the innovation of Jury
Democracy to Minnesota and the world.

Besides hoping to positively impact government,
McTavish entered the governor’s race because, in his words, “Everyone’s life
matters.” McTavish has been outspoken about the harms of the lockdown response
to COVID and how those harms vastly exceeded the benefits, sharing the science
behind his claims in his thought-provoking book, COVID Lockdown Insanity (West
Fork Press; ISBN-13: ‎978-1737327110).